If you’ve recently had a crane installed or newly repaired, you may not yet be an expert on the reasons why it needs to go through an inspection, what kind of crane test weights need to use. Below, we introduce the 5 most common and popular crane load test weights.

Why does my crane need an inspection?

OSHA requires that all active cranes be annually inspected. Daily or weekly usage wear important crane components. This wear can lead to a breakdown — or worse, a dangerous failure that puts you, your team or your company at risk.
Routine inspections can help identify potential problems and address them before a costly or irreversible incident occurs.

The common individual steel test weights range in size from several kgs up to 10ton or bigger, with the larger weights configured to enable stacking on lift stands. 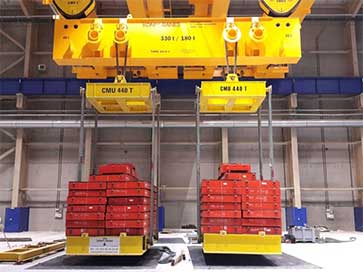 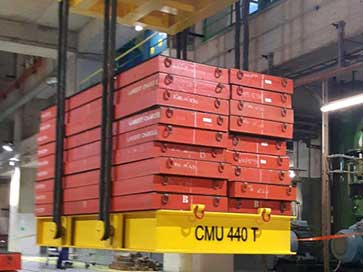 The advantages of steel test weights include:

In contrast, its disadvantages are very obvious too. Because of heavyweight, its transportation cost is very high. And it is very hard to test the rig cranes. The test weights cannot be added slowly. So the problem cannot be found timely.

The use of water bags for our crane and hoist load testing services is recognized as a safe technique for slowly applying the test load. This means that potential problems can be identified long before the maximum load is reached. In addition, load water can be drained without having to lower the test weight. This would be helpful in situations where the hoisting system or brakes were compromised in some way. 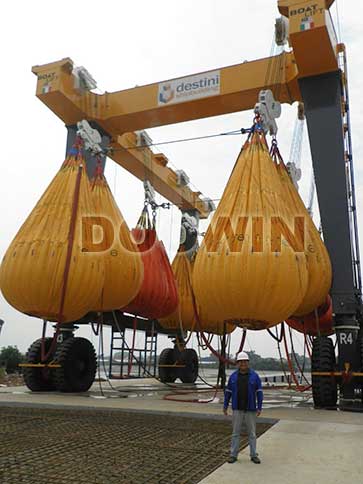 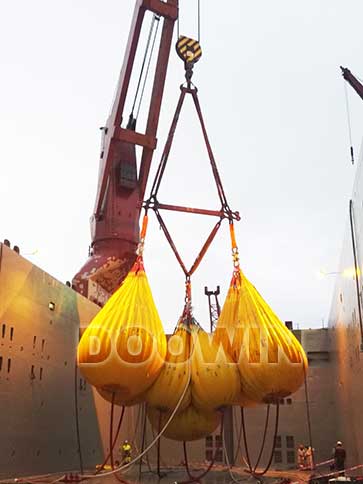 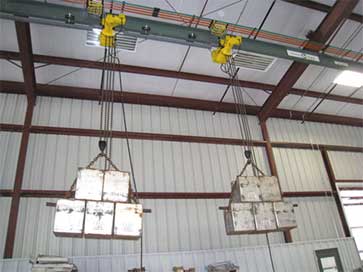 Because of its density is less than steel or cast iron. Its volume is bigger than the steel test weights. So it is not easy to operate. The concrete load test weights have similar disadvantages with steel crane test weights. 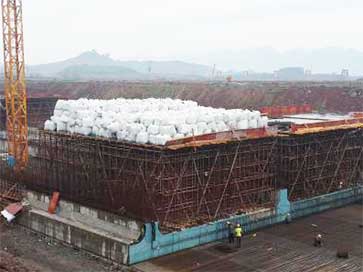 Sometimes, the user also can use the sandbag as the crane test weights. Although, the most common application of sandbag is for the bridge load testing.

The workers fill the woven bag or jumbo bag using sand. Then, stack the sandbag one by one on the lifting stands. The weight of each sandbag is different. So cannot know its exact weight of sandbag. Users can weight each sandbag. Or can use the load cell with measure the total weight.

The greatest disadvantage of this sandbag is taking cumbersome effort. So sandbags are very common in pre-loading tests of Bridges. But it’s not very common in crane testing.

Big water tanks are often used by the big shipyard or offshore company for the big capacity crane over 1000ton. There are some big capacity cranes that don’t have enough height. Cannot use the water bags or other test weights. So

Normally, the big water tanks are cube shape, made by welding high strength steel plates. At the same time, a lot of supporting steel beams is added to the interior as required. Then, weld a sufficient number of lifting eyes on the water tank.

Due to its large size, it is difficult to store and use. Meanwhile, because of its high cost, it’s not used very much. So water tanks are not commoditized. It is usually welded by a special processing plant commissioned by the user. 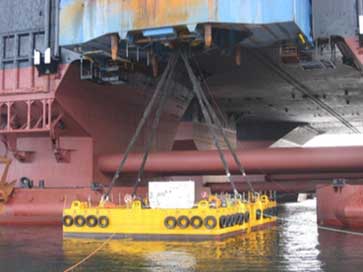 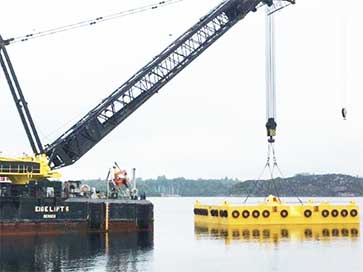